Blockchain: what is and what are the applications

The digital revolution does not seem to be arrested at all.

In recent years, more and more “analogue” sectors have had a digital transformation that is not indifferent, and who has been able to adapt has managed to find their own space in the market.

“The first generation of the digital revolution brought us Internet information. The second generation – powered by blockchain technology – is bringing us the valuable Internet: a new platform to redefine the business world and transform the old order of human affairs for the better.

Blockchain is a huge database distributed over millions of devices and open to anyone where, not only information, but any value or currency, or titles, acts, identities, and ratings can be moved, stored and managed safely and privately. Trust is established through mass collaboration and smart code rather than powerful intermediaries such as governments and banks ”

Dan Tapscott, author of “Blockchain Revolution: How the Technology Behind Bitcoin Is Changing Money, Business and the World.”

It was initially introduced for the circulation of Bitcoin, the most popular coin cry at the moment, by Satoshi Nakamoto at the beginning of 2009. The blockchain is made of blocks storing recent series of recent, timestamp correlated transactions. Each block includes the hash of the previous block, linking them together. Connected ones form a chain, with each additional block that reinforces the previous ones.

This mechanism allows you to make payments, transactions and contracts without external supervisors being all managed and supervised by the entire system.

What are the features that make blockchain so interesting?

They are mainly two:

The blockchain application outlets are numerous and innovative startups, companies and banks have understood it.

Just a few days ago, the music streaming company Spotify bought Mediachain, a New York startup that exploits the blockchain to protect copyright and which allows algorithmic certainty to attribute the paternity of a content to authors.

What are Smart Contracts?

Another important area of ​​application of blockchains is the Smart Contracts.

These will allow anyone who needs it to use a particular contract by downloading a default template, completing it on a network and then inserting it into the blockchain. It will be the chain itself to control the contract and execute it when the conditions occur. It could also be very useful in contracts involving transfer and real estate transfers that require the presence of a notary. Again, this could be the system of blocks to replace the official public by saving time and resources.

These are just some of the ways in which the blockchain can be used.

Professionals from every field will have to be able to exploit the resource and adapt to the future needs of customers and the market, hoping that the whole Legislators (European, American and Asian) will favor and adjust the incorporation of these new technologies. 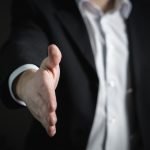 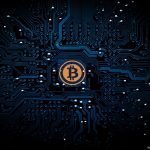