What is Cinema bill and what it implements

From new financial resources to contributions, from the end of the censorship to the protection of Italian works on TV and streaming. A quick overview of the new Decree Law.

With the approval of the implementing decrees by the Council of Ministers, the Cinema Bill has become law, and is destined to turn the world of cinema upside down (and not only).

Let’s begin from the creation of the Fund, intended to finance the interventions for the cinema and the audiovisual, through tax incentives and automatic contributions. Basically, the current resources of Fus Cinema and Tax Credit have been merged into a single entity. With regard the supply of this Fund, the system in force in France is used as a model, and therefore the taxes already deriving from television programming and transmission, from film distribution and projection, from the provision of internet access services by telephone and telecommunications companies will be used. The 11% of the Ires and VAT revenues of these sectors will constitute the basis to calculate the state resources allocated to the financing of the Cinema and audiovisual sector: we basically have a form of self-financing, not a new tax. Furthermore, this Fund will never fall below 400 million euros a year, a figure which represents a 60% increase compared to current standards.

It has also been established that up to 18% of this Fund will be dedicated each year to support first and second works, young authors, start-ups, small screening rooms, festivals and quality reviews, and finally for the activities of the Venice, the Istituto Luce Cinecittà and the experimental cinematography center.

The Ministerial committees for the allocation of funding on the basis of the so-called “cultural interest” were abolished, while an automatic incentive mechanism has been introduced for works of Italian nationality. In addition to tax benefits, there are automatic contributions, whose estimate will depend on a number of factors such as economic and dissemination results; therefore, for example, awards and attendance will be taken into consideration.

No more ‘state censorship’ and new classification system of the works

There will not be situations like the absolute ban of a work, as well as the coming out of a movie only under the condition to cuts or modifications. The Ministerial commitees will no longer evaluate the adequacy of the films to the various age groups, but the cinema operators themselves will classify their works, addressing them to one audience rather than another. Naturally, the State has the right to intervene in case of abuse, punishing the operator who made the mistake. And there will be a new classification system, with four categories: works for everybody, works not suitable for children under 6, and works prohibited for children under 14 and 18 (who can still go to the cinema if accompanied by their parents). In addition, distributors will have to explicitly say whether a certain film shows weapons, violence or sex scenes, all accompanied by a new icon system.

News for TV and streaming

Programming obligations relating to audiovisual media services (as defined by the Government) have also been introduced, as well as for streaming platforms (hence Netflix and Amazon, for example). It was the same Minister Franceschini who explained some of these innovations: “This is the bill that made a lot of noise, and it aims to strengthen the obligation of television to invest or broadcast Italian cinema. There were reactions I did not understand: the rules were already there, the 50% mark of European works had already been implemented: the only difference is there were no penalties or rules related to programs schedules. We have strengthened our investment obligations, we have set very reasonable obligations inspired by the French prime time broadcast model. So now the schedule of private TV channels will have 6% (i.e. 2 hours a week) of Italian works while the public TV channels will have twice as much (i.e. 4 hours)”.

Incentives and simplifications for those who invest in new theaters

There will be also 120 millions in the next five years, which will be used both to create new theaters throughout Italy, and to reactive old theaters that had been forced to shut down. 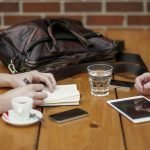 Smart working: what is to know about the new lawnews and events, startup