The idea of ​​pre-selling coin of criptovalutes developed using a blockchain has evolved into an efficient fundraising tool for developing new applications.

What is an ICO?

Probably the first crypto evaluated that it was distributed on the market with the ICO system was Ripple in 2013. Developers created about 100 billion XRP token and sold them to fund the Ripple platform. Subsequently numerous cryptic currencies were funded through ICO. The most important is probably Ethereum who has managed to receive about $ 20 million, thus becoming one of the most prolific crowdfounding ever made.

What about legal status of ICOs?

The legal status of ICOs is basically undefined. Ideally, tokens are sold not as a financial asset but as a digital asset. So ICOs are often called “crowd salt”. In this case in many jurisdictions raise funds with an ICO is not regulated. This makes the process very easy with little bureaucracy.

However, some jurisdictions scared by the ICO tend to regulate them as the sale of shares and securities. In Canada, in March 2017, the Ontario Securities Commission warned that issuers may need to meet legal requirements such as registering and presenting an information brochure. The American Securities and Exchange Commission has not yet expressed its position on this matter.

An ICO is not very different from a Public Purchase Offer, differentiated only by not having any control body (CONSOB in Italy) and no existing regulation at the moment.

Is it a bubble?

The Economist warned that this ICO could be a bubble, comparing it to the South Sea Bubble bubble of the 18th century in Great Britain when some promoters raised funds for companies promising “transforming silver into a fine malleable metal” , Or “the invention of a wheel for perpetual motion”. The prices went down shortly, especially after the parliament in 1720 approved the “Bubble Act” to curb businesses in great advantage. The unfortunate episode, however, has been a step towards some rather useful innovations: modern society for example, for example.

What is An Initial Coin Offering? The Future of Fundraising (ICO) 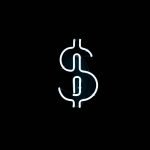 Blockchain: what is and what are the applicationsnews and events 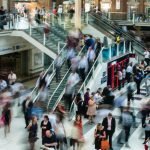 NPLs: EU asks Italy to take measures. What are NPLs?news and events, Uncategorized